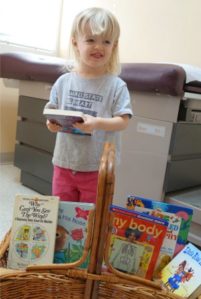 A favorite memory for many parents is reading aloud to their young children. But more than just a family routine or ritual, early and shared reading promotes early brain development and builds emotional bonds between parents and children during the critical early childhood years. Reading out loud, right from birth, is the foundation of your child’s literacy and a springboard for their future reading skills.

The Academy of Pediatrics has developed an Early Literacy Toolkit with ideas and suggestions that parents can adopt to support their child’s literacy. There is a toolkit for each critical age range in early childhood, infants up to 11 months, one year olds and two year olds. The advice in each toolkit takes advantage of the developmental stages at each age, so that parents can not only have fun, but do the most age appropriate activities to prepare their child for a life long love of reading and learning. END_OF_DOCUMENT_TOKEN_TO_BE_REPLACED Read More 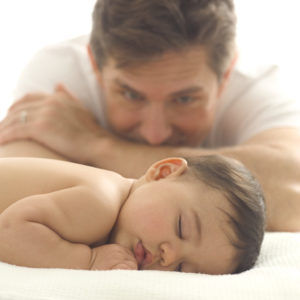 “Many parents who come to me share the fact that, well before they end up in my office, they have read a pile of sleep advice books without getting results,” says a local sleep consultant in Westport, CT.  “As a result, they often worry there is no real solution for the problems they face with their child’s sleep.”

However, the specialist adds, “The good news is, with the several hundred families I’ve worked with, this has never been the case. The problem isn’t with their child – it’s with the source they’re using for help with getting a child to sleep.” END_OF_DOCUMENT_TOKEN_TO_BE_REPLACED Read More 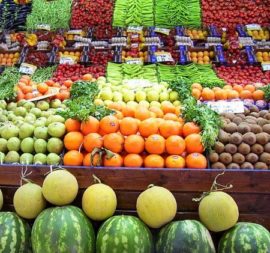 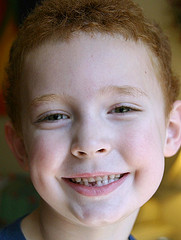 Willows Pediatrics offers non-invasive computerized vision testing for children starting between six and nine months of age and up to the age of four. The test, Enfant Computerized Vision Testing, can diagnose eye and vision problems in pre-verbal children and allows for early treatment of issues ranging from “lazy eye” (amblyopia) to more serious eye diseases.

Recently, Dr. Jeffrey Owens performed the test on a six-month baby girl. The results indicated a possible problem, so she was referred to a specialist and eventually to an ophthalmic oncologist at Yale University. She was diagnosed bilateral retinoblastoma, a rare and serious form of cancer. The good news is that the disease has a high survival rate if treated early.

A video about this case is available for you to view at this link: http://youtu.be/Rx-n2CkGo1g.  We hope you will take a few moments to watch it.  As you can see, the patient, her parents and all the physicians at Willows Pediatrics are thrilled with the outcome.

Yes, it’s true: children have tantrums. Virtually every parent will, at some point, have to deal with a very unhappy child who shouts, throw things, or crumples to the floor in tears. The doctors at Willows Pediatrics can offer advice on how to help avoid and control tantrums, and reward good behavior. We are happy to answer questions during your child’s physical exams, or for a more in depth assessment we can schedule a behavioral consultation with you to discuss any concerns you might have about your child and his or her behavior.

Tantrums can range from whining and crying to screaming, kicking, hitting, and breath holding. They are most common during the second year of life when toddlers can understand more language than they can express. A toddler’s frustration at being unable to communicate can be a leading cause of tantrums. Other reasons a child might have a tantrum include being tired or hungry, or seeking attention. END_OF_DOCUMENT_TOKEN_TO_BE_REPLACED Read More 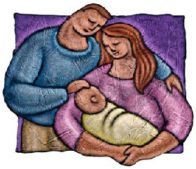 Back in 2008, the Food and Drug Administration (FDA) recommended that over-the-counter (OTC) cough and coldmedication should not be used in infants and children under the age of two, and Willows Pediatrics agrees. The FDA found that these products could cause serious and potentially life-threatening side effects in young children including convulsions, rapid heart rates, decreased levels of consciousness and death. This recommendation led to a voluntary recall of these types of products marketed to children under two. END_OF_DOCUMENT_TOKEN_TO_BE_REPLACED Read More 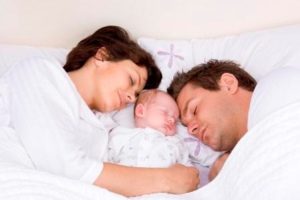 Many families spend their days together. Others stay together at night too! The “family bed,” or co-sleeping is a common practice in many societies, and there are advocates for it here in the U.S. too. However, there are child safety concerns related to having adults and children share a bed. So, is it an acceptable practice?

A recent blog posted on CT Now (and written by former local mom Sarah Cody), asked the same question. She’d heard about the possible benefits of co-sleeping—better nursing and enhanced emotional security—but worried about the dangers to newborns and infants, including injury and suffocation.

She turned to Willows Pediatric Group physician Dr. Jeff Owens for his take on the issue. Dr. Owens rightly pointed out that ‘”The American Academy of Pediatrics still doesn’t recommend it.” He also noted that the dangers stem from two major concerns: soft bedding and impaired judgment. A baby should never sleep on a futon, couch or waterbed, and a parent should not drink, smoke or use drugs with the infant nearby.  Moreover, twenty-four hour bonding can challenge a couple’s need for a healthy physical relationship and leave a mother drained and exhausted.

However, Dr. Owens did allow for some wiggle room. “If it’s a stark, firm [bed] and the baby is on his back, the baby is probably safe.” Dr. Owens believes we should also respect different cultures, some of which believe “the family bed” is the answer to peaceful nights and strong attachments.

In other words, “do what works for your family as long as it’s a safe situation.”

Recently Time magazine featured a brief article about early detection of autism. The column correctly noted that because autism’s behavioral symptoms don’t become obvious until about age 3, pediatricians have been challenged to find ways to pick up indicators of the condition at an earlier age.

“But,” as the article stated, “researchers say it may be possible to detect subtle warnings of the developmental disorder as early as 12 months—and all it takes is a simple 24-item questionnaire that parents can complete in the pediatrician’s waiting room.”

Good news for patients at Willows Pediatric Group: we routinely offer the M-CHAT, a screening test like the one referred to above, to children at their 15-month checkup. M-CHAT, which stands for Modified Checklist for Autism in Toddlers, is widely recognized and recommended by the American Academy of Pediatrics. The M-CHAT does not provide a diagnosis, but it can indicate if a child is at risk and should receive further evaluation.

At Willows, we are always available to discuss your child’s health and any behavioral issues that may be of concern. Child development is an integral part of child health and we are here to answer any questions you have about your child’s speech and language or social skills. If you have any questions about M-CHAT or other child development issues, please don’t hesitate to contact us! 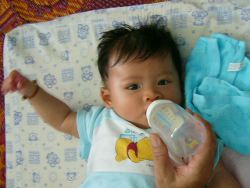