Nothing gives our favorite Connecticut parents the heebie jeebies like a case of head lice! Head lice (pediculosis capitis), while relatively harmless to children, causes great anxiety and stress to families who find themselves dealing with a lice infestation.

Before we get into the “nit-ty” (pun intended) gritty, there are two things we’d like to remind our Willows Pediatrics patients of: (1) that head lice is not a sign of poor hygiene and (2) head lice do not carry disease. END_OF_DOCUMENT_TOKEN_TO_BE_REPLACED Read More

However, pertussis still exists and is a highly contagious childhood disease. According to the CDC, a typical case of pertussis in children and adults starts with a cough and runny nose for one to two weeks, followed by weeks (or even months) of rapid coughing fits that sometimes end with a whooping sound. It is most often transmitted via airborne droplets from a cough or sneeze or direct contact with the respiratory secretions from an infected person. When it comes to symptoms, pertussis is most severe in infants. It can lead to pneumonia, apnea, neurological complications (such as seizures), dehydration and even death. END_OF_DOCUMENT_TOKEN_TO_BE_REPLACED Read More We all love sunny days in New England! The summer is our one chance to really enjoy our beaches, pools, backyard sprinklers, boats and everything else Fairfield County has to offer. However, as much as we adore the sun, we all have to be careful about exposing our skin—and our children’s young skin—to its rays. According to the American Academy of Pediatrics, it only takes one sunburn to double a child’s lifetime risk of developing melanoma.  Pediatric skin cancer, while rare, is an important health concern and melanoma accounts for up to three percent of all pediatric cancers, according to the Skin Cancer Foundation.  END_OF_DOCUMENT_TOKEN_TO_BE_REPLACED Read More 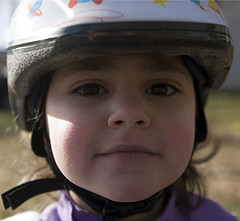 In Westport, Weston, Fairfield and neighboring towns, many of us live on cul de sacs, quiet streets or have paved driveways. These smooth surfaces are ideal for kids to play on scooters, bikes, skateboards, roller blades, rip sticks and other wheeled toys. While it makes us happy to see so many of our patients outside, learning balance, practicing coordination and getting exercise, we are routinely surprised by the sheer number of youngsters we see on a daily basis without helmets. END_OF_DOCUMENT_TOKEN_TO_BE_REPLACED Read More 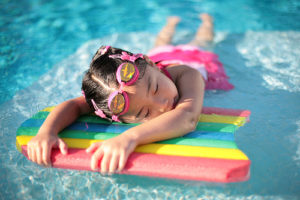 With the warm weather already here, many local families are venturing to the beach or to backyard pools for a little relief from the heat. And while swimming and splashing are fun, healthy ways to spend time in the summer, parents and caregivers cannot forget that safety is of paramount importance. The CDC reports that an average of ten people per day die from drowning in the U.S., and one quarter of those are children under the age of fourteen. Unfortunately, at Willows, we’ve seen first-hand the heartbreaking results of drownings and near-drownings in local water and hope never to see similar tragedies again. END_OF_DOCUMENT_TOKEN_TO_BE_REPLACED Read More

Welcome to our first Willows Pediatric Group blog! As part of our new website, we have decided to start publishing a weekly blog for our patients and their families.

Why a blog for a medical practice? First of all, it’s a quick and easy way for us to pass on new information to the families in our practice. So, if we see a new recommendation on the AAP website or read an interesting journal article, we’ll be able to share it with you—quickly—in a clear and concise manner. END_OF_DOCUMENT_TOKEN_TO_BE_REPLACED Read More