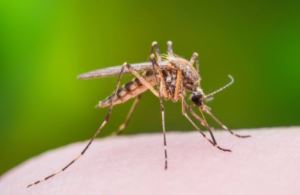 Many families are aware that the Connecticut State Department of Health recently reported a mosquito infected with the virus causing Eastern Equine Encephalitis (EEE) has been detected in Fairfield County. While infections due to this virus are rare in people, two cases of EEE, one fatal, have also recently been reported in Connecticut shoreline towns. As many families are spending a great deal of time outside during the early fall, with possible exposure to mosquitoes, we would like to provide answers to questions about keeping your infants, children, and adolescents safe during this year’s EEE season.

What is Eastern Equine Encephalitis and how is it spread?

Eastern Equine Encephalitis (EEE) is a rare infection caused when the EEE virus is transmitted to a person via a bite from an infected mosquito.

Are all mosquito bites a risk?

No! The EEE virus is carried by birds that live in freshwater swamps, and is found only in mosquitoes that feed on these birds. Only certain species of mosquitos bite both birds and people.

How soon after being bitten by a mosquito infected with EEE virus do symptoms occur?

Symptoms usually occur 3 to 10 days after an infected mosquito bites a person.

What are the symptoms of EEE?

Most people infected with EEE virus do not become ill. When symptoms occur, they range from mild fever and headache to high fever, fatigue, muscle aches, neck stiffness, and confusion. Severe cases include inflammation of the brain (encephalitis).

When is the EEE season over?

The risk of getting EEE is highest from late July through September. The adult mosquitoes that spread the virus are are killed by frost later in the fall.

Should I stay indoors if EEE is confirmed in my town?

It is usually not necessary to limit outdoor activities. However, you should try to reduce your risk of being bitten by mosquitoes by taking these steps:

How can I get more information on EEE?